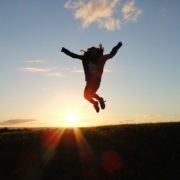 “Attaining success is not simply a matter of luck. It’s a matter of taking the time to learn a trade, applying your knowledge and sticking with it — even in the face of adversity and potential failure along the way.While successful people come in all shapes and sizes and work in many different fields, they tend to share key character traits which help them get and stay ahead.”

“How do people find new and innovative ideas? This is a question American writer and professor Isaac Asimov spend years wrestling. In a 1959 essay, On Creativity, he concluded, ‘One way of investigating the problem is to consider the great ideas of the past and see just how they were generated.'”

If Strategy Is So Important, Why Don’t We Make Time for It?

“Even with limited time and the same amount of responsibilities, it’s far easier to think strategically if you can clear the decks by doing simple things such as writing down all of your outstanding tasks in one place, so you can properly triage them and aren’t constantly interrupted by the feeling that you forgot something.”

“There’s a pencil-thin line between taking initiative and simply being taken advantage of. Your desire to knock things out of the park makes it easy for your colleagues to not pull their own weight.”