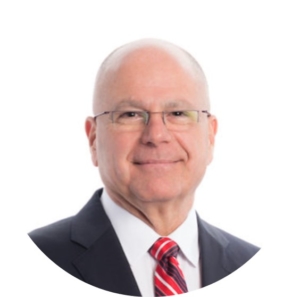 Connext, an equipment finance company founded in 1996, has been working with Aliniti® since early 2015. They are a national company with headquarters in Indianapolis, working with vendors and dealers to sell equipment and helping customers finance their equipment. Connext has seven employees.

Five years after acquiring another business, Connext was struggling to define the roles of each of their employees, including the president and vice president. Connext needed to clearly define each job role, while also determining if any new hires were needed.

With future growth in mind, Aliniti® helped Connext determine immediate and long-term goals for HR, and work on a plan to realize those goals.

To help Connext, our solutions included:

“Together we defined and agreed on the roles, and now we all work together better than before,” says Ken Wuethrich, Managing Director. “We really gained respect for each other. Now we have boundaries, and we can laugh about it when we say, ‘You’re in my sandbox.’” Since their work with Aliniti®, Connext has been acquired by a larger company. “In fact, when they saw our discipline and organization based on Aliniti’s® work, they were really impressed.”

“Aliniti® are a great resource for any company who is trying to align their organization and growth plan.”

The problem was clear: lack of clarity.

“We were chaotic, and we needed organizational discipline to define who we are,” says Wuethrich.

“We had trouble with people’s roles, starting when I acquired a business five years ago. The gentleman who owned that business and I were both used to being the boss. How are we going to define who does what?”

Aliniti® was a great fit.

“We did an interview with Bill Ratterman (Aliniti’s® President) and he had us at hello—his team is very gifted,” Wuethrich says. “The most important thing they did is to define the position first. If we had had our way, we would have told them our problems and they would build a position. Instead, they ask, ‘What is the position that you need?’ They order your thinking and make you think about why you have the position and whether you even need it.”

The payoff has been big.

The performance reviews have been a big help.

Connext now recommends Aliniti® to others.

“I’m a big fan of Aliniti’s® and I’m hoping we can get our new partners to work with them,” says Wuethrich. “They are a great resource for any company who is trying to align their organization and growth plan.”

"Since working with Aliniti we have doubled employment numbers, and tripled our top-line revenue. We kept bringing them along because they helped facilitate growth.”

"The people at Aliniti that we are working with are invested in our process, and feel like part of our team. I can’t believe I’m saying that. It feels made up or phoney, but in this case it is VERY true".