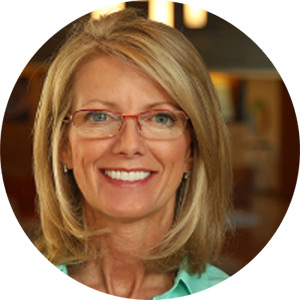 Freeing up a small business owner to focus on their company.

Communication—about what was expected from people, about where they were going—was at an all-time low at Solid Blend. Ken Elrich, the owner, was on the brink of giving up. And he had little time to spend on growing the business. In addition, Ken needed to hire a new water technician (a service role), but he was unsure of how to find the right person for the job.

Improving communication throughout the company, clarifying the requirements of service roles, and untangling Ken from daily operations so he could focus on growing the business.

“What it did for the company was astounding. We [at Solid Blend] had an inability to communicate where we were going and what was expected out of roles. Employees were unclear about their role in the company. It got to the point where there was no talking within the company. I used feel like when I left here I was ready to give up the company.

Once everyone was clear about his or her role it was night and day—almost life changing. The morale changed. We were talking once again. After about eight months to a year, we were all on the same team, talking again”. Ken Elrich, Owner

“When we first met with Solid Blend, the office was very quiet. Now, there’s a different energy. You see laughing and smiling. They really do live up to being a family organization and treating people well. The exciting part for us is to actually see the results. Seeing people laughing and smiling—I get to do that. That means the world to us.” Melanie, Aliniti Advisor.

“Aliniti has allowed me to step back and put more trust in our people. It gives me more time to work on the business instead of the day-to-day stuff.

As the owner of Solid Blend Technologies, Ken Elrich was passionate about his business. But communication was at an all-time low, and the morale was poor. In addition, Ken needed to hire a new water technician. But he was unsure of how to hire the right person for the job.

Day-to-day HR functions were under control, but, like many small businesses, Solid Blend Technologies needed to make sure that the structure of the company lined up with its vision—and that their employees felt a part of it.

Getting everyone on the same page: Evaluating and restructuring roles.

“Initially [Solid Blend] was looking at its water technician role. It turns out they needed clarity on all of their positions and what the structure looked like. Do we need a lead water technologist? Should someone be running operations? They had internal issues with getting everyone on the same page. Once they got clarity on the roles, we could work on getting people in line with the roles, finding gaps, and figuring out how to put together a plan to fill them,” says Melanie, a Aliniti Advisor.

Benchmarking: Clarifying the critical goals and key business successes the role is accountable for producing.

Melanie and Bill Ratterman, the President of Aliniti, began by benchmarking the role that Ken thought needed the most clarity—the water technician, a service role—and ended up benchmarking seven roles.

Benchmarking clarifies the knowledge, intrinsic motivators, personal attributes, behaviors and hard skills required for success in a given role. Benchmarking one role takes about four hours—and that’s partly because answering questions and thinking differently takes time. It’s not easy, but as Ken says, “it’s worth it.”

“We knew we needed service people, but we had no direction. Benchmarking gave us a clear direction of what we were looking for,” said Ken.

Benchmarking: Asking tough questions to get the answers that will provide the clarity needed to move forward.

You might think of the first step in benchmarking as a conversation involving everyone impacted by a role. It’s often a tough conversation, because you have to look at the needs of the role—rather than the skills or tasks of the person currently in that role—to get the best results. That’s because every job is important, but not every job is strategic.

“You have to think bigger than the people you have. What do you really need from the position? My job was to get them to focus on their goals and objectives. When they get clarity on why the job exists, and see that it’s part of their mission statement, and they get it and see it,” Melanie explained.

“Melanie and Bill kept pushing, asking ‘why’ to get the answer,” said Ken. They truly want you to come up with the answer yourself. It made us think hard about the decisions we were making and what we’re expecting out of the roles.”

“Working with Aliniti has helped to align our team together and work better together. Their involvement has had a positive impact on our culture, which in turn has created greater satisfaction and team engagement within our organization.”

Everything is measurable: Establishing metrics to gauge performance and gain clarity

Creating metrics—ensuring that everything they do is measurable—is part of every Aliniti solution. Bill and Melanie used the data from the benchmarking assessment to create a job profile, from which they helped coach current team members and evaluated candidates to fill positions, like the water technician.

“After benchmarking, they sent us role descriptions back and debriefed us, and we worked on the metrics. We had to consider, “What do we need to get out of this role? What can we measure that shows that it’s successful? True measurements. We never had that before,” Ken said.

“I think the biggest thing we got out of this was clarity,” said Ken. “Not just the people in the role, but for those managing the role. We thought, in a service position, here’s what you do. But you really need to have measurements for the person. Defining the roles so that the employee in the role clearly understands the expectations.”

Freeing Ken to focus on the business

“Ken identified that he didn’t have people skills to lead his team and wanted to understand if it made sense to have someone run operations. Was he doing what he needed to be doing for the organization? If you want to grow, does it makes sense for you to be doing x, y, z? Those are some tough conversations,” said Melanie.

By understanding his own strengths and those of his team, and by gaining clarity about company roles, Ken learned how to communicate better and to find—and support—his talented employees.

“Aliniti has allowed me to step back and put more trust in our people. It gives me more time to work on the business instead of the day-to-day stuff. I can work on some pretty futuristic stuff instead of worrying about the nuts and bolts of everyday,” said Ken. “I think the procedures we’re putting in place will help the business operations be more sustainable. Everyone’s accountable and they don’t need somebody managing them like they had in the past.”

“We understand the DNA of someone who runs an organization. And we enjoy being involved with someone who has started a business and is taking the risk,” said Bill.

“They don’t feel like a vendor. They’re an extension of us.”

“[Aliniti] has a great process but what’s important is that they have great people in place to teach that process. They care about the success of their clients. When Melanie or Bill would come in or call, you could feel the excitement in their voices. It’s not all about ‘I’m only here for an hour.’ They’re really there to help make sure that what you’re doing is successful. They take the time to teach you what you’re supposed to be doing,” Ken said.

“I really enjoy them and their team. I’ve gotten to know them as individuals and their passion for what they do. They really do live up to a family organization and treating them that way,” said Melanie.

"The company is growing...we needed to hire someone with a different viewpoint"

“The investment in Aliniti was extremely successful because of how they manage the recruitment process from start to finish. If you choose to hire the wrong person, it wastes everyone’s time in the organization and you have to start over again. There is a huge value to hiring them."